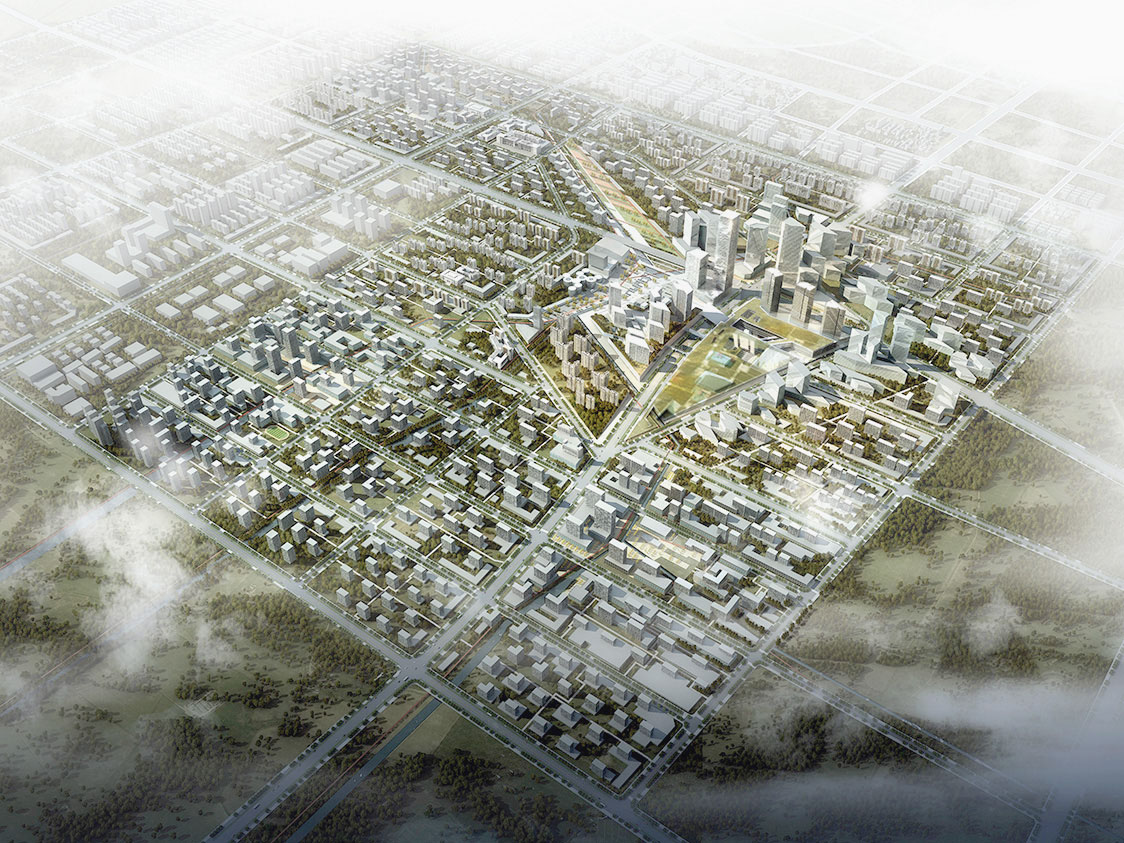 Description:
Urban Systems was commissioned for a detailed research and design framework for the masterplanning of a New Urban Center of around 2.2 by 2 km, connecting to and complementing an existing city in Henan province, China.

The masterplan incorporates a variable density planning strategy that creates varied neighbourhood qualities and building typologies based on the existing and altered housing typologies, water management networks and other infrastructural systems.

Through the setting up of a customised digital model that translates economical and spatial relationships into building massing arrangements and circulation networks, we were able to create a flexible planning model that could be adjusted throughout several stages of development with clients, local government and external consultants.

While carefully controlling the building densities, program distribution, sunlight and green space access for each of the new plots, the masterplan offers a open-ended planning framework for the further architectural development of this new urban district.

Design Development:
The Changyuan CBD Masterplan has been further developed by Urban Systems and adopted by the local and provincial government as a ‘control plan’, making it a legally binding framework for future development by different contractors and developers. The technical design of infrastructure, roads, underground pipelines and water management has been development by Tongji University Engineering department in collaboration with Urban Systems to produce construction drawings for initial construction of roads, bridges and other infrastructure. Construction of roads has started in 2012 along with the first large scale residential schemes in several of the plots.

Awards:
This project has received an honourable mention in the category ‘Urban Planning’ at the international ‘PLAN AWARDS’ program by THE PLAN, a prominent architectural magazine in Italy.